John and Langton negotiate over Rochester 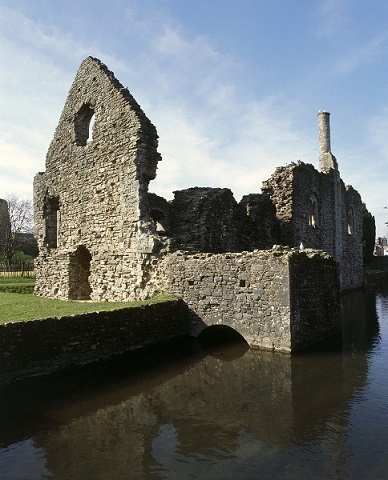 Passing by the bishop of Chichester's manor at Aldingbourne on Sunday 25 January (where a measure of wine was drunk at a cost of 30 shillings), the King travelled via Stansted to Winchester. 1 Leaving Winchester on Friday 30 January, he then passed via Southampton and Christchurch into Dorset. At Christchurch, on 31 January, he granted the only charter recorded on the Charter Roll this week, confirming the canons of Christchurch in possession of a manor gifted by Hawise de Reviers, daughter of the earl of Devon. The transaction was witnessed by a group of courtiers, including Peter des Roches, the forester Hugh de Neville, the Breton Philip d'Aubigny, and here making one of his first appearances in royal service, the Somersetshire knight, Godfrey of Crowcombe, later to achieve high office at the court of King Henry III.2 There was continuing concern for defence. The castles of Winchester and apparently Gloucester were put under repair, and orders were sent to admit reinforcements to Nottingham castle.3 John of Bassingbourne, one of the King's military commanders, was instructed to receive a man named Gerard of Flanders, to assist with the manufacture of crossbow bolts.4 Detailed orders were issued for the supply of wine, red and white, both for the King's immediate needs and to provision royal houses or castles at Wallingford, Brill, Finmere, Silverstone, Wakefield, Northampton, Geddington, Sauvey and Rockingham.5 Reginald of Cornhill was urgently required to supply the court with 300lbs of wax, presumably for candles.6

On the political front, the loyalty of the earl of Chester was rewarded with the grant of a Lincolnshire wardship.7 Arrangements were made to pay the expense of monks travelling from Durham to discuss election to their see, still vacant despite failed attempts since 1208 to elect either papal or royal candidates.8 Licence was granted to William de Mortimer to come to England on pilgrimage to the shrines of St Edmund at Bury and St Thomas at Canterbury.9 This presumably refers to the Norman William de Mortimer, before 1204 castellan of Arques who, together with other leading Norman barons, had been involved in negotiations with the English court, before the débacle of July 1214.10 Of particular interest, although never before explained, the dorse of the Charter Roll records a letter of Stephen Langton. It is there misdated to 20 January. In reality, as revealed by a further copy preserved in the cartulary of Rochester Cathedral, it was issued at Winchester on 28 January. A counterpart letter, issued by the King, on the same occasion, in precisely the same terms and with the same witnesses, survives in the cartulary of the archbishopric of Canterbury in Lambeth Palace Library. 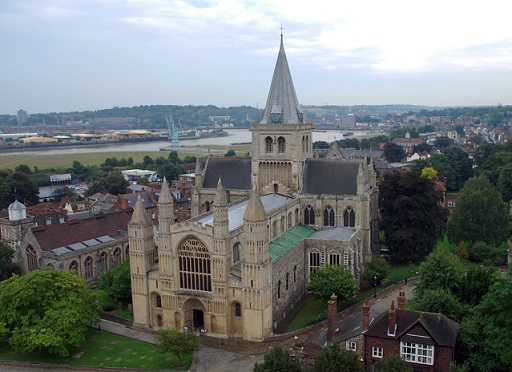 The most obvious feature of these instruments is that they were written in French. As such, they are the first vernacular texts recorded in the chancery rolls. Here, we encounter a rare echo of the language spoken at court. The extreme variation of spelling between the chancery, Canterbury and Rochester copies is itself testimony to the difficulty experienced by the King's clerks in dealing with French as a written rather than as a spoken language. Certainly, this should remind that the Latin letters recorded more generally in the chancery rolls were themselves merely the written records of negotiations and discussions conducted in the French vernacular. It is a noticeable feature of the events of 1215 that the crisis that led to Magna Carta produced not only the Rochester letters of John and Langton, but a substantial portfolio of French translations of the coronation charters of Henry I, King Stephen and Henry II, quite possibly carried on to the field of Runnymede in 1215.11

As for the Rochester letters, we need to consider not only what they contain, but why their contents were presented in French rather than in Latin. By the time that they were issued, the charter of free elections, first granted in late December, renewed on 15 January, was already on its way for papal confirmation in Rome.12 The patronage of Rochester had been conferred upon Stephen Langton by a royal charter dated 22 November.13 Thereafter, Langton had secured the election and consecration of Benedict of Sawston, his own pupil and candidate, as bishop of Rochester.14 Despite all of this, archbishop and King now agreed that, should the King claim the bishopric of Rochester as his own, none of the actions of 1214 or early 1215 were to prejudice the rights either of the King or his heirs. Only if a firm 'peace', presently under discussion between King and archbishop, should be confirmed could the archbishop consider the King's charter granting Rochester to Canterbury to be binding in perpetuity. In other words, not only was the King still unprepared to concede the justice of Langton's claims to Rochester, but neither King nor archbishop as yet considered themselves bound by anything approaching a final 'peace'. 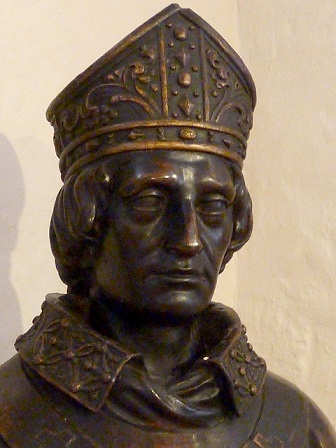 Moreover, and here explaining the most extraordinary feature of these letters, the fact that both sides of the agreement, issued by Langton and the King, were written in French surely implies that both parties deliberately shunned the standard Latin of the law. They instead exchanged instruments, written in French, that set out the possible terms for agreement, but without taking the final steps into Latin that would have been required for these instruments to become legally enforceable. In other words, both parties were attempting to evade what they considered to be the bad faith of the other. Neither Langton nor King John considered themselves satisfied, Langton because the King had still not paid proper financial compensation for the damages suffered by the exiled clergy during the Interdict, the King because he considered Langton's claims over Rochester to be unproved.

Just as the barons had complained at their Epiphany meeting, the King's arguments for delay were only too clearly attempts to shrug off the obligation to do justice ('When the King sought delays ... he was not heard with sympathy, various people alleging that he had quite another intention in mind, as in time was duly proved').15 For all their exchange of pleasantries, with the archbishop addressing the King as his 'dear lord', and the King addressing Langton as his 'dear father', the Rochester letters demonstrate a deep lack of trust. The archbishop was obliged publicly to acknowledge that, if he failed to make final peace with the King, the King could renege on the terms of his charter granting the advowson of Rochester to Canterbury. The King, as we know from the papal letters that by late January were already being solicited from Rome, believed the archbishop guilty of conspiracy with the barons.16 This was a situation almost bound to undermine the archbishop's capacity for mediation, making it even more difficult to establish confidence in negotiations between the King and his discontented subjects.