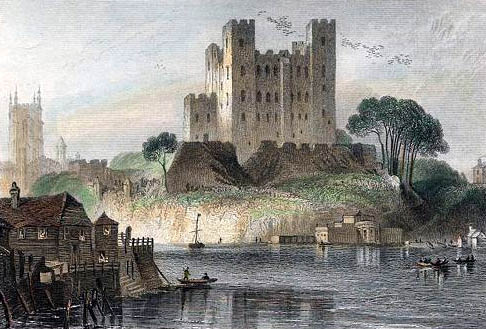 During this week, the King made his way to and from Dover, passing via Canterbury and on his return spending time at Rochester. The visit to Rochester was significant. For the past century, Rochester castle had been held by the archbishops of Canterbury, claimed by virtue of a charter of Henry I, and since at least 1213 granted by archbishop Stephen Langton in custody to the courtier, Reginald of Cornhill, serving as constable.1 It must be assumed that with Cornhill still loyal to the King, in March 1215 John would have had access to the castle. Within a few months, as Cornhill drifted towards the rebel camp, all of this was to change. Meanwhile, the King's visit to Rochester perhaps served to reassure him that his situation in Kent remained secure, and that there was no real threat of a French invasion, a fear that had haunted John for the past several years.

Anglo-French relations loomed large this week. The King's visit to Dover concluded the exchange of prisoners taken in 1214, including the ransoming of William earl of Salisbury in return for Robert of Dreux. At Canterbury, on 10 March, arrangements were made for the return to France of envoys from King Philip, the abbot of Sainte-Geneviève in Paris, and the prior of Bernevall' (probably Berneval-le-Grand, a Norman dependency of Saint-Denis).2 On his journey back from Dover, the King sent summonses into France to two of the more significant landholders of Picardy, the count of Guînes and Enguerrand I of Picquigny, vidame of Amiens, requiring their attendance in England before Easter, in order to renew their fealty and to discuss their fees held from the King.3 All of this suggests negotiations that extended well beyond the exchange of hostages. This in turn invites revision to our broader understanding of the King's preoccupations at this time. 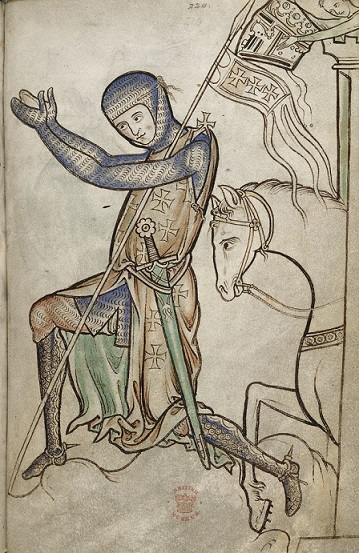 So far we have taken it for granted that the King's summons to mercenaries, sent out since October 1214, were intended to protect him against the threat of civil unrest in England. On 13 March, however, at Sutton at Hone, half way between Rochester and London, John wrote to 'the barons and bachelors coming to him in England by his order or by order of the seneschal of Poitou (Hubert de Burgh) or the King's chamberlain (Geoffrey de Neville)', informing them that 'since the business on account of which we sent you orders has now been concluded, we order you to return to your homelands'.4 With the advice of Hubert and Geoffrey, the King promised to settle whatever claims for expenses might be lodged by such men. Letters in similar terms were sent to Hubert and Geoffrey, to the seneschal of Gascony, Renaud de Pons, and to 'all the knights who have come to Barfleur', instructing them to listen to the King's messages to be delivered via Thomas the Breton and Aimery de Sacy acting as his envoys to France.5 On 14 March, Reginald of Cornhill was commanded to supply a ship to transport Thomas and Aimery to France together with Godfrey of Crowcombe and two servants, presumably travelling from Rochester or elsewhere on the Medway estuary.6 At much the same time, Thomas the Breton, one of these envoys, was permitted to fine 30 marks for a wardship in Northamptonshire, with three leading courtiers (William de Cantiloupe, Fawkes de Breauté and Thomas Esturmy) acting as his pledges.7

These arrangements are intriguing. They suggest, first and foremost, that the summonses sent to the men of Poitou and Gascony were directed not against civil unrest in England (which by 13 March can hardly have been judged resolved) but to meet a threat seen as coming from France. This threat, following his negotiations with King Philip's envoys, the King now considered ended. The mere fact that Poitevin and Gascon barons and knights could be summoned into England is itself significant, since it mirrors precisely the arrangements against which the English baronage were in the process of complaining: that the King had no right to summon English knights to serve in Poitou or Gascony. The fact that, even by 13 March, the King had made no firm offer to pay for such service suggests that it remained unclear, as in the English case, whether knights were expected to serve overseas out of feudal obligation or in return for wages.

The fact that the knights from southern France had mustered at Barfleur in Normandy is even more remarkable. Since 1204, and despite its previously close connections to the English crown, Barfleur was a port nominally under the control of the kings of France. Its use on behalf of King John suggests either that the King of France was at this time assisting John's cause against the threat posed by English rebels (an improbable scenario), or much more likely, that Norman loyalties continued to waver between France and England. As we have already noticed, there is good reason to suggest that, as late as June 1214, a substantial number of the greater barons of Normandy had pledged themselves to support King John. Was the Barfleur muster a last echo of such arrangements, and as such important proof of the depth of Norman resistance to Capetian rule? If so, it is evidence that seems previously to have been overlooked. 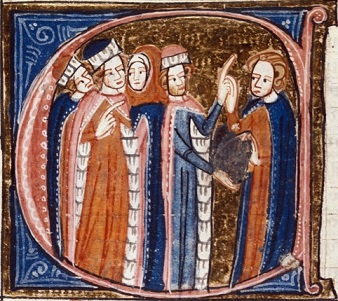 Ecclesiastical affairs were discussed this week. On 13 March, the King wrote to the canons of Bangor, acknowledging receipt of their letters (specified as letters close) seeking licence to elect a bishop. In outright contradiction of his own charter of free election, granted in November 1214 and renewed in January 1215, the King declared that he was 'not accustomed' to such things (Et licet hoc facere non consueuimus). He nonetheless granted their request, asking (rogantes) that they elect as bishop the abbot of Cistercian Whitland.8 Albeit that the nomination of a candidate here was phrased as a request (rogantes) rather than as a mandate, there is little to distinguish it from the sort of requests, brooking no opposition, that had been customary in the past. In other words, the rhetoric of freedom continued to coexist with the practical reality of royal coercion. It is perhaps small wonder that John's critics accused him of duplicity and of masking his true intentions with honeyed words. It should be remembered here that the King's demands over Bangor were expressed at precisely the same time that, in Rome, his envoys were negotiating with the Pope over confirmation of the charter of 15 January, granting freedom of elections to the English Church.9

At the same time, the King could not afford entirely to alienate clerical opinion. His choice of a Cistercian as bishop of Bangor may itself represent an attempt to atone for previous dealings with the Cistercian order. At Dover, on 11 March, and perhaps rehearsing the terms of another lost charter, not enrolled on the Charter Roll, John promised Walter de Gray, bishop of Worcester, full restoration of the manors of Ablington (in Bibury, Gloucestershire) and Eston' (probably Aston Magna, in Blockley, Worcestershire), seized from his bishopric during the Interdict, after 1208.10