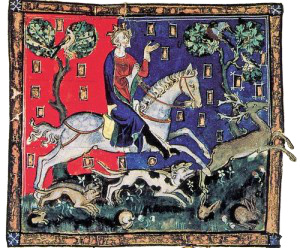 Here you will find an entirely new narrative of English history, based upon the most comprehensive and hopefully the most accurate itinerary for King John covering the year leading up to the issue of Magna Carta in June 1215. Following John’s crossing to La Rochelle, in February 1214, it takes up the story in detail from June 1214, precisely a year before the meeting at Runnymede.

Select a week from the left hand menu to view the diary and itinerary.

The diary and itinerary are being written and released in 'live time' in 2014-15, week by week to cover the corresponding period in 1214 and 1215. Here it is worth pointing out that 1214 (like 2014) was a year beginning on a Wednesday. As a result, the days of the month in 2014-15 exactly mirror those 800 years later. The chief differences between the thirteenth and the twenty-first century calendars comes from the dating of Easter. In 1214, Easter fell on 30 March, in 1215 on 19 April. By contrast, Easter in 2014 fell on 20 April, and in 2015 will fall on 5 April. All of the Christian festivals known as 'moveable feasts' (Whitsun/Pentecost, Lent, Good Friday and so forth) were determined by the date of Easter. In the thirteenth century, they were of even greater importance than they are today. They create the only major points of disjunction between the 1214-15 and the 2014-15 calendars.

What we know of King John's movements comes to us chiefly from royal letters. From 1189, for English kings, these were for the first time supplied with full dating clauses, giving the place of issue, the day and the month, and in the case of charters and increasingly of writs, the year (specified by regnal year, 1st year of Richard I, 7th year of King John, and so forth). From the accession of King John in 1199, we have copies of the King's outgoing correspondence preserved in the so-called 'chancery rolls', beginning with the 'Charter Roll' (abbreviated here to RC) from 1199 onwards, and thereafter with the survival of Close Rolls (RLC) and Patent Rolls (RLP). All three of these series were printed, in Latin folios, in the 1830s and 40s, under the editorial supervision of Thomas Duffus Hardy (1804-78). Hardy supplied an itinerary for King John, given at the beginning of his edition of the Patent Rolls (RLP, first published in 1835).1 He and his assistants trawled through a vast body of evidence to furnish this itinerary. However, although they listed the King's movements, day by day, they did not list their sources. As a result, details that they supply have frequently had to be queried, and in certain cases remain doubtful or can be proved to be wrong. Furthermore, although Hardy and his assistants were generally accurate in working out the modern place names associated with the King's movements in England, they took little or no interest in French topography. As a result, for years such as 1214, when the King was for the most part in France, the itinerary given here represents the first modern attempt to trace the King's movements. In all cases, it supplies the first such exercise to be properly referenced.

Although the itinerary here has been remade from scratch, a valuable modern study by Julie Crockford (née Kanter), based upon the details in Hardy's attempted reconstruction of 1835, forms part of a King's College University of London PhD thesis on royal itineraries, accepted in 2011, and since then available online via the British Library’s EThOS service. Readers interested in the wider implications of the King's near ceaseless pattern of movement are advised to consult either Dr Crockford's thesis, or an article that she published, derived from this research, as 'Peripatetic and Sedentary Kingship: The Itineraries of John and Henry III', Thirteenth Century England XIII, ed. K. Stöber and B. Weiler (Woodbridge, 2011), 11-26. We can also highly recommend an article by Stephen Church, ‘Some Aspects of the Royal Itinerary in the Twelfth Century’, Thirteenth Century England XI, ed. J. Burton, B. Weiler, P. Schofield and K. Stöber (Woodbridge, 2007), 31-45.