Negotiation with the rebels

Despite what we must assume was the importance of ongoing discussions this week, very little of significance is recorded in the surviving chancery enrolments. In part this may have been because of the King's political preoccupations. In part, it may have resulted from a hiatus in the recording of royal letters. The several letters this week sent under the King' privy seal suggest that the chancellor, and with him that part of the chancery staff entrusted with the great seal, were elsewhre from at least Friday 5 June.1

Of the King's diplomacy we receive only glimpses. On Sunday 31 May, the King promised protection for those whom John de Lacy, constable of Chester, had received back into the King's peace. The men of William de Harcourt were likewise promised immunity from war-time seizures or 'tenserie'.2 Baldwin Hodinet was promised restoration to the King's grace, and the royal justice, Martin of Pattishall, safe conduct in approaching the King.3 Letters of protection for particular individuals (Master Simon Langton, Adam de Capella, and Herbert 'Snau') perhaps help to identify them as go-betweens, either royalist or baronial.4 Likewise, protections for the Templars suggest the vital role that the military orders now played in passing unmolested between rebel and royalist-held parts of the country.5 It was to Aimery de Saint-Maur, Master of the Knights Templar, that the King entrusted a delicate mission to recover 500 marks of debts owed by the merchants of Ypres in Flanders.6 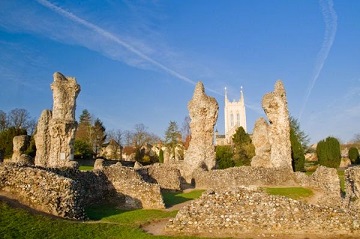 Of specifically military arrangements this week, on 31 May, William de Cantilupe, William de Harcourt and Geoffrey de Neville, sent to take charge of Northampton following the lifting of the rebel siege, were told to heed instructions from the King's clerk, John de Harcourt.7 A knight was sent to the join the garrison of Gloucester under Engelard de Cigogné, and Philip of Worcester, a significant member of the Anglo-Norman elite now ruling in Ireland, was sent to strengthen the defences at Wallingford.8  Fawkes de Breauté, now commanding a significant mercenary force in the Midlands and eastern counties, was ordered to send forty of his Welsh troops to William earl of Salisbury, to reach Salisbury by Tuesday 9 June, taking care that arrangements were made for their wages to be kept up to date.9 There were no seizures this week specifically described as punishment for rebel allegiance, and those transfers of land that were authorized (to William of St John in Surrey and Sussex, to Peter fitz Herbert in Hampshire, and to William de Pavilly in the city of Winchester) may have been routine rather than war-time expedients.10 Instructions were dispatched to Angoulême to appease the local magnate, Aimery de Rochechouart.11 At Windsor, on 3 June, there was an exchange between the King (offering two geese) and Alan of Galway (offering a hunting hound) that suggests continued good relations with the most reliable of King John's allies north of the Scots border.12 On the same day, according to a local chronicle, a major fire engulfed a large part of the town at Bury St Edmund's.13 A day earlier, the King had transferred custody of the vacant abbey to Thomas of Barrow, apparently with no intention as yet of bowing to pressure that he accept Hugh of Northwold as abbot elect, but perhaps because the previous custodian had by now joined the rebels.14 This despite the fact that Hugh himself had received blessing as abbot from Archbishop Langton's protégé, Benedict bishop of Rochester, at Halling Palace on the Medway, on Tuesday 19 May. On the same day as his blessing, Hugh and those assembled at Halling are said to have first heard of the rebel seizure of London, effected two days earlier. On Friday 5 June, having received a letter from the King (not enrolled in chancery) assuring him of imminent recognition as abbot, Hugh of Northwold himself set out for the court at Windsor. What is particularly notable here is that, before 5 June, Hugh is recorded communicating both with Langton and with the rebel barons in London. This surely confirms the suspicion that Langton was widely regarded as a far from neutral bystander to events.15