A meeting with the Cistercian abbots 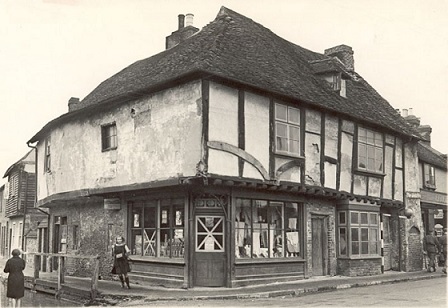 Later constructions built over Maison Dieu, a pilgrim hospital for those travelling to Canterbury, founded in the twelfth century at Ospringe, on Watling Street.

From Newington on Sunday 4 October, the King returned via Canterbury to Dover by Tuesday 6th, then retraced his steps to Ospringe on the following Saturday. John was now officially at war, as his letters sent from Newington on 4 October proclaim, demanding that the castellans of the west country receive Fawkes de Breauté and do as he might command them with respect to 'guerram nostram'. At the same time, Fawkes was to win back to the King's fealty as many rebels as could be persuaded to defect.1 One of the first to do so was Giles de Braose, bishop of Hereford, who on 9 October received safe conducts in approaching the King to make peace.2 In Hereford itself and on the March, there was clearly fear of a Welsh attack. Hereford itself was placed under defence, under the leadership of Walter de Clifford the younger.3 On the same day, Robert de Bareville was sent the keys of the King's treasury at Dover, asked to take out 2000 marks and then reseal what remained of a clearly substantial treasure.4 The port of Romney was garrisoned, and commands were sent to the earl of Arundel to ensure proper defence of the castle and coast of Pevensey.5 Further Flemish mercenaries continued to land at Sandwich, at the King's expense, whilst the King made provision for custody of the land and daughter of his late mercenary captain, Hugh de Boves.6 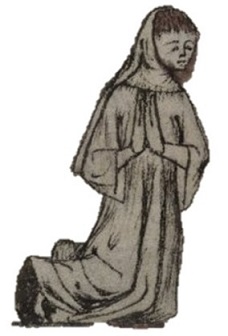 At Canterbury, on Monday 5 October, there seems to have been an important meeting between the King and at least fourteen Cistercian abbots, presumably before these abbots embarked for France and their order's general chapter, convened at Cîteaux each year on 9 October.7 Various of the commands concerning land this week may have been routine. But not so the grant to William earl of Aumale of three manors seized from William Marshal the younger, nor the transfer to Hugh de Neville of custody over the manor of Cherhill in Wiltshire, formerly the possession of Geoffrey fitz Peter and hence of the rebel, Geoffrey de Mandeville.8 An order for the manor of 'Wikes' (perhaps Wick Rissington) in Gloucestershire, formerly the possession of Warin de Montchesney, to be granted to Walter de Lacy perhaps signals another major act of confiscation.9 As this should make apparent, and as opposed to the lists of 'reversi' at the end of the civil war in 1217, it is often difficult during these opening stages of hostilities to establish whether land was being transferred from rebels or merely as a result of the routine of tenure and inheritance. One man certainly not amongst the rebels was Walter de Dunstanville, a close associate of William Marshal, who on 9 October obtained letters of protection from the King.10